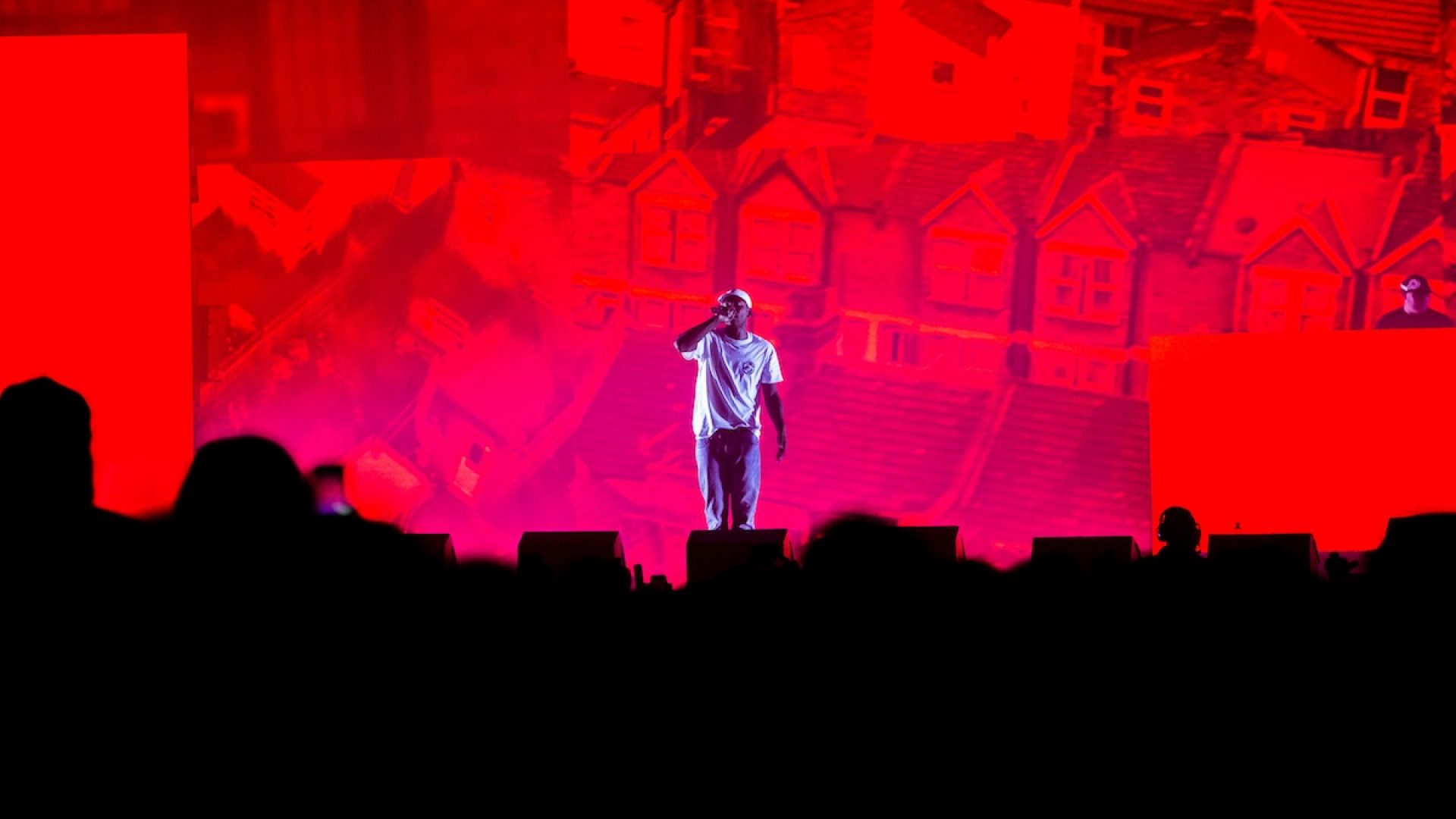 Following winning the Mercury Music Prize in 2016, Skepta has been recognized as one of the most exciting UK acts to emerge over the last few years. After the release of his Gold album Konnichiwa, Skepta has been focusing on the delivery of his live shows.

With the aim of an arena tour in 2017 Skepta wanted to achieve his most ambitious production to date; a sell-out 10,000 capacity show at Alexandra Palace. Encompassing video, pyrotechnics, hydraulic staging, numerous guest vocalists appearances; and the effect of a burning car on stage for the grand finale. All streamed live by Apple Music and watched in up to 120 countries.

LIBRARY PRODUCTIONS was employed in the role of Technical Production Manager for the one-off spectacular, to work along side the existing long-standing Skepta team. In this role we took care of all technical advance for all suppliers and artists, ran the full load in and the load of stage and all technical production and ran the stage for the show, including show-calling all of the pyrotechnics, hydraulics and and guest vocalists.